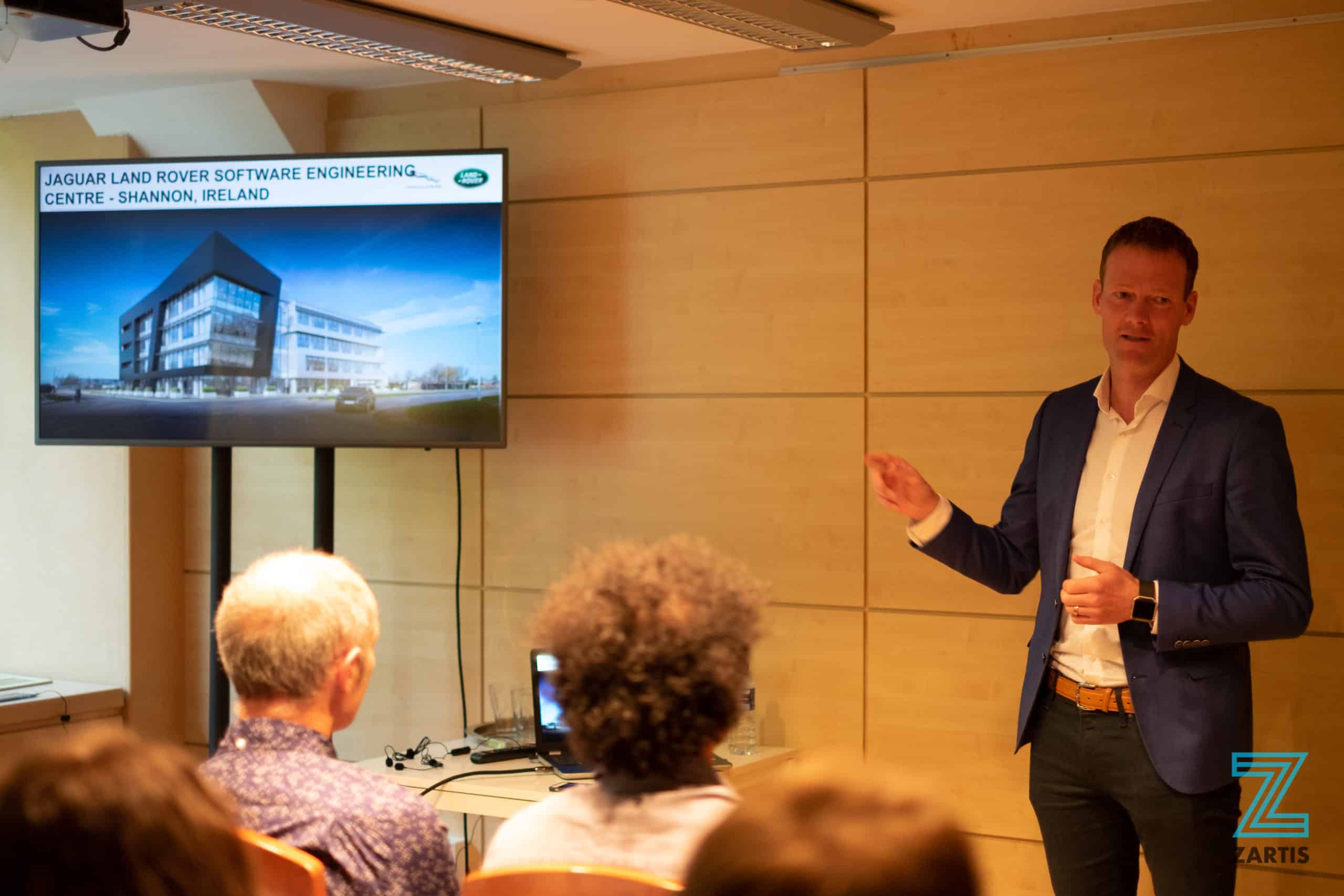 We hosted an event at the Embassy of Ireland in Madrid. #DrivingIntoTheFuture brought together engineers, developers, entrepreneurs, innovators and leaders in the world of Technology.

We had three outstanding speakers who shared insights on the current state of the industry and what the future is likely to hold.

The evening was introduced by Ireland’s Ambassador in Madrid, Ambassador Maguire and hosted by Zartis Chairman and Founder John Dennehy.

Our next speaker, John McCarthy of Arup, highlighted some of the challenges that business, government and society face as autonomous vehicles become more prominent. John also shared ideas on the questions we need to be asking (and answering) now, and how we can address challenges in the future.

The event was followed by networking over tapas and drinks on the terrace of ABC de Serrano.

Zartis.com helps companies build high-performance software development, support, and sales teams. We have offices in Spain, Ireland, Germany, Poland, the UK and the US. Get in touch and let’s discuss how we can help you!